At Worldwide Windowframes, we take the security of your home seriously, and that is why our windows and doors are designed to be some of the most secure on the market. We source our door and window hardware only from Europe’s leading suppliers.

Our windows are all beaded internally and all sash openings can be specified to incorporate multiple locking points with or without shoot bolts, and hinge protectors, ensuring locking and security features are at all points around the opening.

Our doors can be specified with the latest hook locks, with up to 10 locking points on both single and double doors, high security handles, anti-snap cylinder’s and dog bolts. High security laminated glazing can also be specified, which can be up to 20 times stronger against impact attack than ordinary glazing.

In as little as 13 seconds an intruder can break past most door locks with nothing more than simple DIY tools!

With most uPVC doors secured with a replaceable barrel known as a Euro Profile Cylinder, burglars are now increasingly using a practice known as lock-snapping to bypass euro cylinder locks. It doesn’t matter how many hooks and bolts your door has, the euro cylinder is it’s weakest link.

The BBC Watchdog Test House programme has even just recently reported on this rise in lock-snapping with the aim of informing the public of the need to review their euro cylinder door lock security. Thankfully, new standards have now been developed to test a euro cylinder’s resistance against lock snapping.

Anti-Snap features prevent would-be burglars from being able to break cylinders and locks. With a rise in the number of forced entry break-insusing this lock-snapping method, Worldwide Windows are very proud to say we offer you some of the highest accredited security locks on the market! 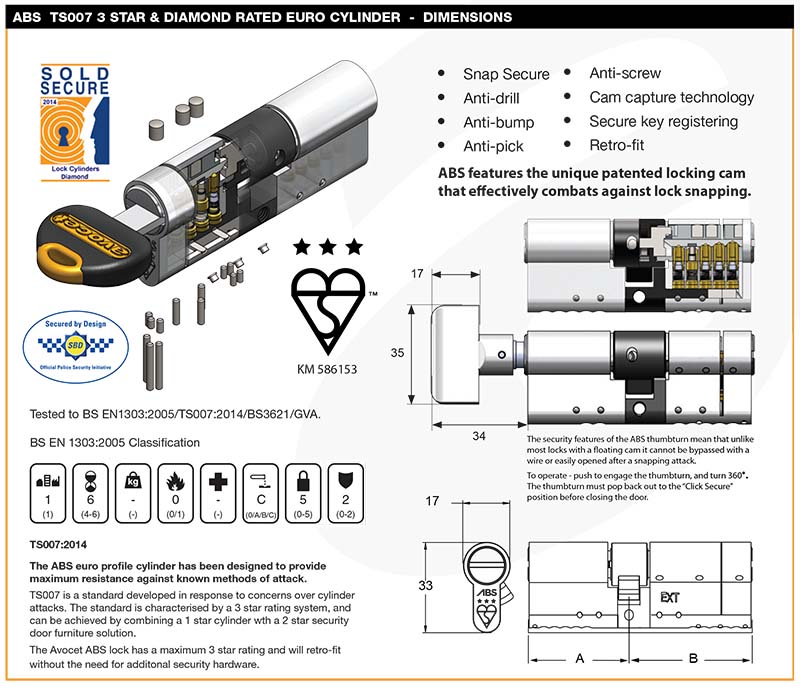